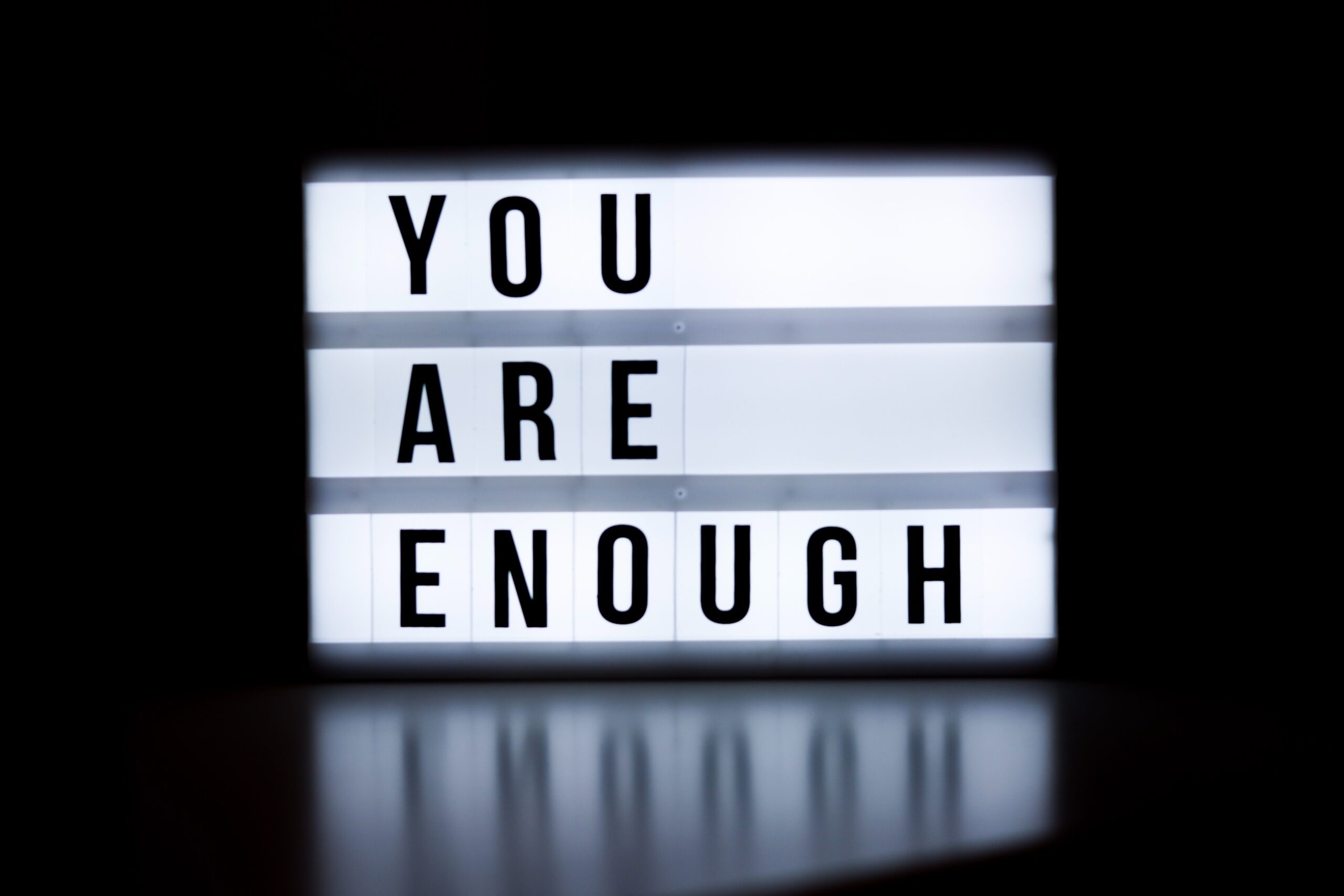 Who decides if you’re enough? I decided that someone else had the authority to tell me I wasn’t good enough and it wasn’t pretty.

The clock ticked and I turned another year older. In the medical world you have crossed a line that is bleak and foreboding. You are old and you now have many problems. It doesn’t matter that you were in great physical and mental health the day before that magical birthday.  Because now begins the process of being pigeon-holed into a medical algorithm.

A different kind of checkup

I showed up for my well checkup expecting a physical exam. I’m a new member of the Medicare elite and this exam is expected in order to pass into this illustrious classification.

I woke up at 4:30am that day and couldn’t fall back asleep. My appointment was at 8:20. It was my normal day to play pickle ball so it was a real inconvenience because I’d rather be at the pickle ball court than the doctor’s office.

As I waited for my appointment, I was already on edge thinking about the rude medical assistant. She called me in with her familiar brusqueness. “Get on the scale. How tall are you? Follow me.” After the last order, I put my sandals on and picked up my purse in a leisurely manner and thought: “I guess if I get lost in the maze she’ll just have to come back and find me.”

She was standing by the room so I walked in being the good patient that I am. I sat down and she shoved a paper in my face, told me to memorize the three words, because she was going to ask them to me later, and told me to draw a clock. My stress levels were off the charts when she said “draw.” I hate to draw and why do I have to draw something anyway? I’d never been asked to draw in my ten years as a patient there. Why today? She ordered me to get up and walk across the room. When she called me in for the appointment I walked to her. Then after the weighing/height debacle, she saw me walk to the exam room. But hey, who knows? Maybe my gait had changed in those 30 seconds. Always good to check.

I couldn’t draw the clock

I couldn’t draw the clock and could only remember two of the three words. Now I’m panicking because I have no idea why I’m being treated like an idiot and I dislike her more and more each second that goes by. The doctor comes in and she informs her of my lack of intelligence. I’m asked to draw the clock again and I fail a second time. Fortunately, she asked me some questions I could answer. Thank God I’d studied the night before. What day is it, what month is it and what year is it? And, what city are we in? Now that was a slippery slope, because I live in Fair Oaks and we were in Folsom. Good thing I was able to think quickly on my feet and get that one right. And then there were those three words which I can proudly say I only got two.

She then explained that cognitive decline begins at my age and it’s good to get on top of it and suggested I go get evaluated by some neurological-cognitive specialist.

Get me out of here

I couldn’t get out of that place fast enough. I was sure I was newly in cognitive decline even though nowhere in my life was there any indication of that anywhere. But she was the doctor, right?  That appointment caused me real trauma.

As soon as I got home, I signed up for Luminosity, Brain Games and got down to business to prove that there was nothing wrong with me. I’d joined luminosity in 2017 and quit somewhere along the way. I played away furiously becoming obsessed with increasing my scores which were much higher in 2017. Again, I was sure this was an indication I was on a downward slippery slope.

I got done playing pickle ball the other day and got in my car and couldn’t see the shift panel to tell me what gear I was in. This is it I thought. Cognitive decline. I panicked as I drove home. But it turned out there was a small red ticket on the dashboard, you guessed it, right where the panel was. So the reflection from the ticket was blocking it. As soon as I removed it, the gear panel magically appeared.

Phew—one more mystery solved. Great detective work.   I started thinking as the days went by. I’m perfectly fine. I only see this doctor maybe three times a year for 20 to 30 minutes. She doesn’t  know what my day to day is like. She knows my test results, the medical conditions I have and a little about my personal life. That’s it.  However, I had turned all my power over to her.

I’d signed up to play in a pickle ball competition on Tuesday. I thought it started at 9:30, but I got a call from a friend at 8:55 asking me where I was. It started at 9am. Another confirmation of my cognitive fate.

I raced over there only to find out that they had started without me and I couldn’t play. Now I felt dejected, I missed out on the fun AND I was losing it.

Al-Anon to the rescue

I went home and decided I’d go to an Al-Anon meeting. It turned out that missing the game worked out in my favor. I love the meetings because everyone shows up as they are. No pretense. No one trying to up anyone else. Lots of compassion.

I shared my latest dilemma and heard these pearls of wisdom. “Humans are messy.” Oh yes, we are and we don’t have to be perfect. I heard someone talk about putting our problems in their true perspective. I’d blown mine up to high heaven!  Another pearl was: “I am enough. I do enough. I am good enough.”  The woman who shared her Al-Anon story was sharp, eloquent and inspiring. I was shocked to learn she was in her 70’s and then the crown jewel–she’d just had the same test and she couldn’t draw the clock or remember the words either. She said she froze up because, like me she felt intimidated! Such relief. I wasn’t the only one.

“To know theyself is the beginning of wisdom” Socrates

I think I’ll go with the above quote by Socrates. I know myself better than my doctor.  Sometimes when you feel you’ve done something so wrong, or so bad, or so stupid, you doom yourself to an internal hell where someone else started the fire. That’s what I’d done instead of seeing it as a simple case of being tired, intimidated and treated rudely by a medical assistant.

Who decides if you’re good enough?

Put your problems in perspective was the resounding message from the Al-Anon meeting. Boy did I need to hear that. Talk about drama! Next time I’ll think twice before I let someone decide whether I’m enough. I let myself get all worked up over a poorly administered test. So remember, because I’m going to, that you are enough, you do enough and and you are good enough.  Who decides if you’re enough? You do!

That’s all for now. Leave a comment or email me. I’d love to hear about similar experiences and I’m sure everyone else would too. ❤️