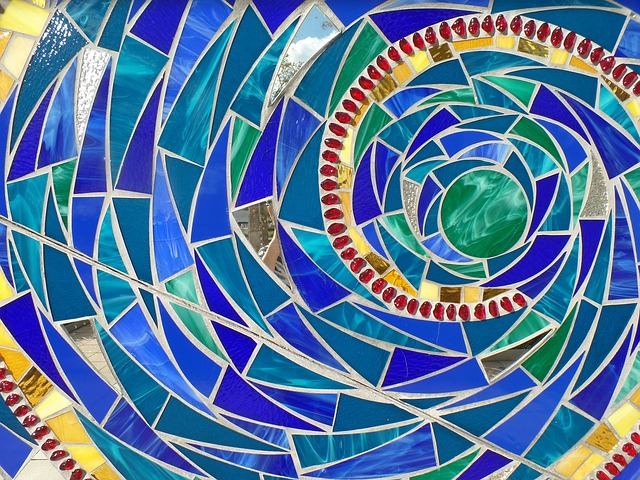 My friend, Terry and I recently took a two-week trip to Southern Florida.  First we went to Sanibel Island (a tropical paradise, 11 miles long, with shellfish beaches, bike trails and friendly people). After a week, we caught a short cruise to Key West and once on board, we headed to the top deck. My friend gets seasick and wanted to be outside. It was too windy for me, so I went to a lower deck, and plopped myself down in a comfy seat for a snooze. After a restless nap, among the chatting passengers and TV, I went to check on my friend. She was chatting with her new friend Karen.  It was still windy so I said I was going back downstairs. Terry insisted I stay so I did. This is our story and what I learned about ADD/ADHD from a traveling gypsy.

Karen, as it turned out, was quite the interesting human being.  Her skin was slightly wrinkled, and tan. She had long wavy red hair (she looked like Connie Britton),and a navy-blue summer dress with white vertical stripes. The night before she’d slept in her mini-van in the Wall Mart parking lot in Fort Meyers, Florida. She didn’t look like she’d slept in a van all night-in fact she looked very well put together.  I guess if you sleep in your van frequently, you figure out where to shower.

She was lively and spoke in rapid-fire paragraphs.

“I’m a kind of a gypsy.  I live in Jamestown, New York, but I spend a lot of my time traveling the east coast and going to craft shows to sell my windows.”   She made stained-glass like windows—but used garnets instead of stained glass.  The pictures she showed us were stunning.

“I’ve been doing this for 11 years. When I was in my twenties, I was bartending and I got into a lot of trouble drinking, so I had to go home and get some help.  I’ve been sober for 30 years. I’m on my way to see my daughter. She’s from my first marriage, but that ex- turned out to be an alcoholic and abusive so when she turned three, we packed up and left. Never saw him again. Then I got married to this other guy and it lasted for eight years.  But after we got married, he quit his job and started studying for his Master’s and Ph.D. I had to work to pay the bills and take care of his sick mother who lived with us.  When he finished all his degrees, he’d found a shiny new graduate student and ran off with her.  Men are useless.”

Me: “I agree. I married a macho, abusive asshole and finally divorced him after 23 years.  Next I met “Mr. Right” a recovering drug addict who went right back to the drugs unbeknownst to me. After eight years, he cheated on me for the girl of his dreams – someone who idiotically welcomed his drug habit. He eventually got murdered buying drugs. Adios!  What a waste of my time!”

Taking advantage of my rare turn to talk

Taking advantage of my rare turn to talk I asked:

“Karen, what did you do before you started making these windows?”

“I was a waitress, bartender, I managed a fitness center, I worked in retail…” and she rattled off maybe eight or ten more jobs.   “You name I’ve done it. I’m also ADD…”

It all started to make sense

It all made sense—all the different jobs because employers misinterpret people with ADD as being thoughtless and distracted when they’re really not.  Here’s a definition (although not complete) of how the ADHD/ADD minds works:

People with ADHD are.. mystified and frustrated by secrets of the ADHD brain, namely the intermittent ability to be super-focused when interested, and challenged and unable to start and sustain projects that are personally boring. It is not that they don’t want to accomplish things or are unable to do the task…People with ADHD know that they are bright and clever, but they are never sure whether their abilities will show up when they need them. The fact that symptoms and impairments come and go throughout the day is the defining trait of ADHD.

The challenge for people with ADD/ADHD

The challenge for people with ADD/ADHD is that they are easily distracted, especially if the tasks are mundane. My son has ADHD and he’s had many different jobs and he’s been fired from quite a few.  Oddly enough, it consoled me to hear her ADD history.  My son just got fired from one job (but he NEVER has trouble finding another one) and I remember how very sad I felt when he told me. But I realized this is the journey he has to walk until he too finds his creative soul work, just like Karen did.

Where Karen was headed

Karen was on the cruise because she was going to visit her daughter in a town near Key West.  She had to exit the cruise as soon as we landed to get to the greyhound bus station to get to her daughter’s. She showed us a picture–she was 26 or 27– tall and slender, with shoulder length blond hair. Additionally, she had her Ph.D. in neurological something with lots of long and biological words after neurological, and it sounded very impressive.

“She was a good kid all through grade and high school – she never got into trouble like I did. And then she goes to college and post-grad and now she’s a doctor.”

I sensed that Karen, with her chaotic ADD mind couldn’t grasp how different her daughter turned out from her, but even though she seemed bewildered, you could see how proud she  But Karen didn’t stay there long. Now she was on to the next thing.

Karen on “hooking up”

“I’ve met a lot of people along the way and a lot of times they remember me.  I’m not the type of person, that likes a one-night stand, but I met this guy at one of the shows and well, he was coming on to me and I thought, what am I waiting for –until I’m 60 (she was in her fifties still)?  So, we hooked up. He was a chef and he still keeps in contact, but I’m not interested in anything long-term.”

She continued, in the same breath: What do you guys think about hooking up with a younger guy?  I was never one of those women that would sleep with a younger guy either, but at another craft show this young stud was flirting with me and one thing led to another and I thought: Why not?  What am I waiting for, until I’m 60?

What are you waiting for, until you’re 60?

I’m not one of those people that would have a one-night stand or hook up with someone much younger than me (Karen didn’t reveal his age and I think she has a bikini body because she said she has one “mom swim suit” she wears around her daughter and then her “other”– not so momish bikini. It must have been all those years working as a fitness center manager).  But I did love her phrase: “What am I waiting for—until I’m: you put in the age. It’s powerful to me—especially at 63– not to put things off that might be fun and interesting—like traveling somewhere unique, or doing some crazy thing I’ve never done before–not sky diving but maybe scuba diving, parasailing, climbing a famous mountain or living in Europe for a summer.

And just as it started—in rapid fire talk– she turned around and stopped talking to us.  Terry told me that before she started talking to her, she’d been talking the ear off of some couple who was sitting by her.  They finally got up and left—said it was too windy, but maybe they wanted to get away from Karen. That’s when she and Terry started talking. After she stopped talking I pondered what I learned about ADD/ADHD from a traveling gypsy.

Such is the ADD/ADHD mind- zig-zagging from one thing to the next, and barely pausing between transitions to take a breath. Karen helped me understand my son’s ADHD at a deeper level.  He like Karen struggled with drinking, but now has 13 months sober.  Before he quit, he admitted himself to the hospital over 20 times in three months to detox himself. He can also be super intense – talking for long stretches and feeling desperate when he doesn’t feel understood.  I listen patiently—hoping for a pause. He’s also had a lot of different jobs and he gets fired because his employers think he’s not focused.  He’s creative, but struggles with mundane tasks.  He doesn’t mean to not do things the right way—it’s more the way his brain works.    He’s not good with details, but it’s because his mind is on overload a lot of the time.

But Karen, 11 years ago found her passion and traveling gypsy, sleeping in her van in the Wal Mart parking lot or not, she’s found peace in her creative work.  And the ADD/ADHD mind is very creative and can-do focused things like Karen making her stunning stain/garnet glass windows.

What I learned about ADD/ADHD from a traveling gypsy

It hurts when I hear my son gets fired from a job, but Karen’s story helped me look deeper into the lense of ADD and ADHD.  He may have to kiss a few frogs like Karen did – as in stumble through a series of jobs that are not suited to his creative ADHD mind—until he finds his niche – or gets back into it.  He wants to be an actor and he’s acted in the past, when he was in school at Santa Barbara Community College.  He’s acted in some short student films, performed in an Opera and was the lead in one play and a major character in another.  He’s been an extra in  movies and some Netflix series. Karen by creating her stunning garnet windows, has found peace to the chaos of her ADD mind. I know someday, my son will find that same place too.

I’ve been off from my blog part of this month collecting travel stories. It was fun to be back on the road after the prolonged COVID19 isolation. I’ll share more with you next week.