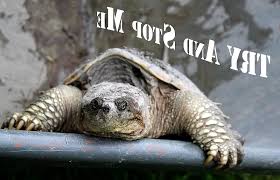 Today’s blog will give you proof that commitment really works as you wrangle through all those goals you’re trying to achieve.

Have you ever tried and failed to:

Decision fatigue and how it affects you

Completing your goals takes time and perseverance, but most importantly, commitment.  It’s not about willpower.  Willpower is like a muscle, and when it’s worked hard, after a while, it tires and becomes less effective. The same thing happens to you. Whatever you do all day, you’re most likely making decisions and as the day wears on, you tire and just like your muscles, you wear out and become less effective.   This is called decision fatigue.

A study on the effects of decision fatigue

In a fascinating study on James Clear’s website, author of Atomic Habits, he demonstrates the impact of decision fatigue. Over a 10 month period, 1,112 parole board judges’ judicial decisions were studied. The judges determined whether or not to allow criminals to be released from prison on parole. You’d think they would decide based on the type of crime, but it had more to do with time of day.  In the morning 65% of the decisions were more favorable, but as the morning wore on and the judges got tired of making decisions, the percentage went down to zero.  After lunch, favorable decisions went up to 65% again, but as they day wore on, it dropped down to zero again.

Let’s look at another example.  Have you ever started out in the morning gung-ho to clean your house after work, but arriving home after those long eight hours you’re exhausted and the house stays dirty?  Decision fatigue.

A Monday scenario: you decided to start that new exercise program.  You even signed up for a gym membership, but as the weeks go by, your visits start to diminish and you spend more time making excuses in your head then it would have taken to go to the gym?  Could it be decision fatigue?

How about that lawn project and your resolve to start early Saturday morning? Saturday rolls around and you find yourself watching the game, scrolling through social media and all of a sudden, it’s time for your kid’s soccer game and then the day’s gone by?  Decision fatigue?

A definition of commitment

And you’re not alone! I have some of the same struggles, but I’m here to give you proof that commitment really works. Merriam Webster’s definition of commitment is:  an agreement or pledge to do something in the future. Some synonyms are: dedication, devotion, adherence, loyalty and faithfulness.

Commitment and my lawn

Let me tell you about my lawn project. I started out gung-ho to turn my yard into a green goddess machine. Every Saturday morning, I pulled weeds, cleared dead grass and headed to Home Depot to buy dirt and grass.

But after a few weeks, I got frustrated pulling all the weeds for so many hours, so I bought weed killer. It didn’t work.  Then, I hired a service for a one-time treatment. That didn’t work. I tried the weed killer again. Nothing. I could have quit, but then one day I happened upon an Ace Hardware.  Sorry Home Depot but Ace Hardware has great customer service written all over it.  I went in and someone helped me pick out weed killer.  Bingo – it worked.  No more long hours pulling weeds. I was committed to my future green goddess machine.

My neighbor finished his yard in two days

Then my neighbor hired someone to redo his front yard and it took  two days!! My project was all summer long!  After I saw his lawn, I went back to look at mine.  It had started out as a disaster: dead grass and weeds everywhere. But as I fondly looked at it now, in all its imperfections, 2/3 of the yard was green. I gave myself a huge pat on the back. It has taught me perseverance, commitment and pride in a job well done.  You’ve heard the saying – it’s not the destination – it’s the journey.

I have a fuzzy deadline, but that’s flexible.  After all—it’s my home and I’m the boss.  Then vacation came, hot weather and smoky air.  So, for a few weekends I couldn’t work on it.  But I didn’t quit, because I was committed and there was no question in my mind of not finishing it.  The weather is cooling down, the smoke comes and goes, but this weekend I’ll finish the backyard and get started on the front.  Proof that commitment really works and that you need not be stopped by decision fatigue.

The thing with following through is you get stuff done.  You learn faster ways to do things, you persevere when things get hard and you become determined to finish. After Steve Jobs’s falling out with Apple in 1985, he went on to form a company called NeXT and by 1997, Apple, after several failed products, and ousting several CEO’s, bought Job’s company and he eventually became CEO again. And 9 years after his death, Apple products still dominate the market. People succeed because they don’t give up.  They push on through challenges and only see failure as an opportunity.

After another disastrous family reunion this year, I felt frustrated and like a lazy slug. All my siblings seemed to be in such better shape than I was. Hiking is a big part of our reunions and I fell on the first day and couldn’t hike for the rest of the week. I wasn’t really in bad shape, but I needed to prove my physical capabilities to myself. So I went to Lassen Volcanic National Park in Northern California and did one of the hardest hikes I’d ever done.

But I decided to do it my way

I used to push myself too hard when I hiked with my friends and family and I usually ended up frustrated and exhausted. But, I decided to do it my way.  I didn’t push myself. My idea was to gain strength by stopping when I got tired for a minute or more and rest.  This recharged me. I was also determined to enjoy my surroundings and that’s what I did during those breaks.  It took me a little bit longer, but I enjoyed it and felt exhilarated and empowered when I finished.

My sense of accomplishment after the hike needs recharging and so I’m going to do it again. I will not toss away what I’ve gained or fall victim to decision fatigue. I’m recommitted to increase my physical endurance over and over again to maintain the “buzz.”

This helps in other areas of my life

And this helps me in other areas of my life. Learning to run a small business is challenging and whenever I’m faced with a new difficult task, at first I feel afraid and think I won’t be able to do it. But I remind myself, that I can do hard things.   So I recommitment and chip away at it and little by little I start to understand it and after a while I get better and better-proof that commitment really does work.

I don’t jump out of bed joyfully every day, but I’m committed and that’s what keeps me going.  What are you committed to or what are you willing to commit to?  What are you already committed to?  Think about these things.  Think about times when you were committed and the success that followed.  It could be as school volunteer for your kids, your marriage, your health, a work project, learning a new skill. Maybe these successes have faded in the background, but remind yourself of the hard work you put in and apply that to your next venture.

So what is commitment? It’s staying the course, it’s realizing it’s hard, challenging and sometimes even tedious or scary. But you chip away at your goal, some days you’ll do more and some less. You may even have a life circumstance that stops you for a time. But recommit and keep on keeping on.

I’ll leave you with this quote:

Commitment is deciding that the price is worth paying for the goal that will be achieved.”
– REV MICHAEL FOSS

Don’t forget to email me or leave a comment below. Share your commitment stories so we can all learn from each other!

Until next time: from my pen?️ to your heart ❤️ –Kathy

Don’t forget to email me