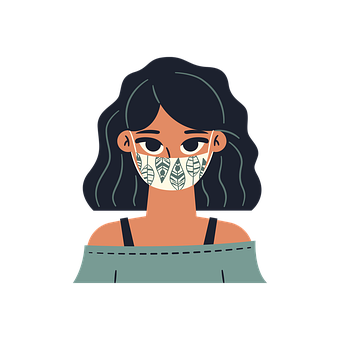 I had an appointment my cancer treatment doctor yesterday. I see her about — well — it was every four months, but as of yesterday I’ll only be seeing her every six months. And she gave me some good news about my cancer and COVID19, but in a backwards sort of way.

Finding out I had cancer

When I found out I had breast cancer I was terrified. And so the story goes: the doctor finds the lump, you make an appointment with radiology and wait for the day of your appointment-trying unsuccessfully to push the scary thoughts out of your head. My doctor ordered a sonogram, but when I got to the hospital, they said they’d do a mammogram and if they found anything unusual they’d do a sonogram. I felt a little hope.

The joy of a mammogram

If you’ve ever had a mammogram, you know the routine. They do this nightmarish, scrunching test, from all angles, it hurts and when its done, you go to the the pinkish colored waiting room, and hope (because I know every woman who waits is hoping) to get the all-clear. I was among the hopeful that day, but not the lucky.

I get called back for the sonogram. My heart wants to pound out of my chest and head West. Still wearing my dazzling green gown, they prepped me. During the procedure you could’ve heard a pin drop. No one talked, the only light came from the bright black and white screen, where the doctor and nurses hovered– all eyes focused on the image. I was propped up on the bed, arm raised above my head ( it ached so much), too afraid to look at the bright screen which was going to dictate my future. It seemed like hours but finally, the doctor said: We need to do a biopsy. Are you available tomorrow? Not sounding good at all. Thoughts of dying raced around in my brain like the road runner. What did she think, I asked: It doesn’t look good.

God has a sense of humor

But, as they say, God has a sense of humor. After exiting the clinic, I started for home, terrified. I wasn’t going to tell anyone, which lasted all of 20 minutes. So I called my parents and my dad answered. I cried into the phone, Dad, I think I have breast cancer. He didn’t understand me and said: blood cancer, whoops, I have the phone upside down, now what happened? Not in the mood for delay, I demanded to speak to mom. He gave her the phone. I told her the same thing and she said: What happened? You got in a car accident (bear in mind my dad was 89 and my mom 83 and they were hard of hearing)? After several desperate attempts she finally understood.

It’s such a relief to tell someone you love about a scary diagnosis. Someone who will support, take care, listen and give you some TLC–even though you’re an adult. Fortunately they spent winters near Sacramento and told me to come to their house. Even at 58 there’s nothing like having a mom and dad to cry to when you get a sucky cancer diagnosis.

We hung out that night which was so much better than being alone, at home, in what would have been a dark house, thinking. I was so grateful for their company. They were just as shocked as I was. Not one of us spoke about it, but we were all thinking the same thing: am I going to die? You may be wondering what all this has to do with my cancer and COVID19, but I’m getting there…

The biopsy was scheduled for 8am the next day and they insisted on going. Despite the early hour–8 am is really early for them–we all got up on time and headed to the clinic.

The patient (me) drove, because they hate driving in Sacramento. It’s too big and they’re used to driving in small town Kalispell, Montana. Actually, my dad, who uses a walker, couldn’t drive because he’s blind in one eye, so that was not an option. And my mom didn’t want to drive the 25 miles to the hospital. I probably would’ve been too nervous anyway — her driving was scarier than mine.

But God again showed up casting humor on the situation. We get to the hospital, and I drop them off at the entrance, like they’re the patients. Then, I go park the car, laughing to myself over the irony of it all. I parked and met them in radiology.

I got called in quickly and the staff was so nice, and funny it helped cheer me up. They did the biopsy and sent me out into the world with the standard three to five business day wait for results. Anyway, I go to get my parents and they’re asleep. I smiled, woke them up, took them upstairs and went to get the car and then picked them up. It makes me laugh that such a serious situation could be filled with a bit of humor. And they wanted to go because they loved and wanted to support me, which was the most important.

In my family I have a few doctors and there was a lot of speculation and fear, as we waited for the results. My dad called his doctor colleagues, probably looking for solace as much as advise. My brother had been out of town when we got the news, but when he came back he gave me the cold, hard, horrifying facts–that’s how he rolls–which terrified me even more. I sat there listening, stunned or numb–maybe both. After he left, my dad looked at me and said: Well, I wouldn’t have exactly explained it like that. Meaning he would’ve taken a kinder, gentler approach.

I was diagnosed with HR2 positive breast cancer. It was March, 2016. I had surgery at the end of May and there was no cancer in the lymph-nodes which was a good sign and I was hopeful I wouldn’t need chemo. But turns out I needed it-which didn’t make me very happy.

I had four rounds of chemo and lost all my hair (except a little peach fuzz). I didn’t feel great of course during the three month. But, this was no time to be a martyr, so I was all over those meds whenever I needed them–after surgery and then for nausea. No throwing up on my clock. It seemed like the chemo treatments would last forever. There’s all this anticipation and knowing that each time I’ll feel worse and worse.

My sister-in-law, God love her, took me to all my appointments, sat with me the whole time and we played cribbage and cards. And the treatments did end and the nurses gave me a certificate-signed by the staff, congratulating me for finishing.

My hair started to grow back–SLOWLY, I got my energy back and started recovering. And finally…drum roll please!

My Cancer and COVID19

One thing to know about cancer, and I’ve heard this from many women, the doctors and nurses are kind, caring and compassionate. I don’t mind going to see my treatment doctor to this day because she’s so delightful! She shows true concern and interest in my life. She’s also brilliant, but not intimidating and takes excellent care of me.

I went in for my four month check yesterday and asked her about getting the COVID19 vaccine. She said there was good news and bad. I’m too healthy so I am on a lower priority list for the vaccine. I was ecstatic! Why? Because I had cancer, I survived and my doctor tells me I’m too heathy for the vaccine (yet). I’ll get it but other cancer patients have a higher priority need. Some of her chemo patients who have COVID19 have severe fatigue, like one woman who sleeps 20 hours a day. For others, she said the virus gets absorbed into the soft tissue, which I don’t really understand, but it can’t be good. I’ll happily wait in line, so those most affected can get their vaccine first.

I feel happy and grateful today. Getting a cancer diagnosis is scary. Finding the lump, getting the test, waiting for results, scared and unsure the whole time, feeling like you might die, having surgery, waiting for the biopsy, chemo and then recovery. That’s a tall order and I thought the whole thing would never end, but it will be five years in March since I found out. And today, I’ll have to wait to get the COVID19 vaccine, even though I had cancer, because now, I’m too healthy. Couldn’t think of a better reason to wait.

Happy New Year! I’m wishing you all happiness and health for the upcoming year. And if there’s a moral to my story it’s this. Scary things happen, especially being told you have cancer or any potentially life-threatening disease. But you learn to deal with it. I’ll never say I’m happy I got cancer, but the medical people and other cancer patients I met along the way, and family and friends, helped me–I wasn’t alone. And as cliche as this sounds, it does make you stronger. And when you’re stronger, you can do awesome things!

Until next week, get inspired. Leave a comment below, or email me by clicking the purple button. Kathy 💕

2 thoughts on “My Cancer and COVID19”