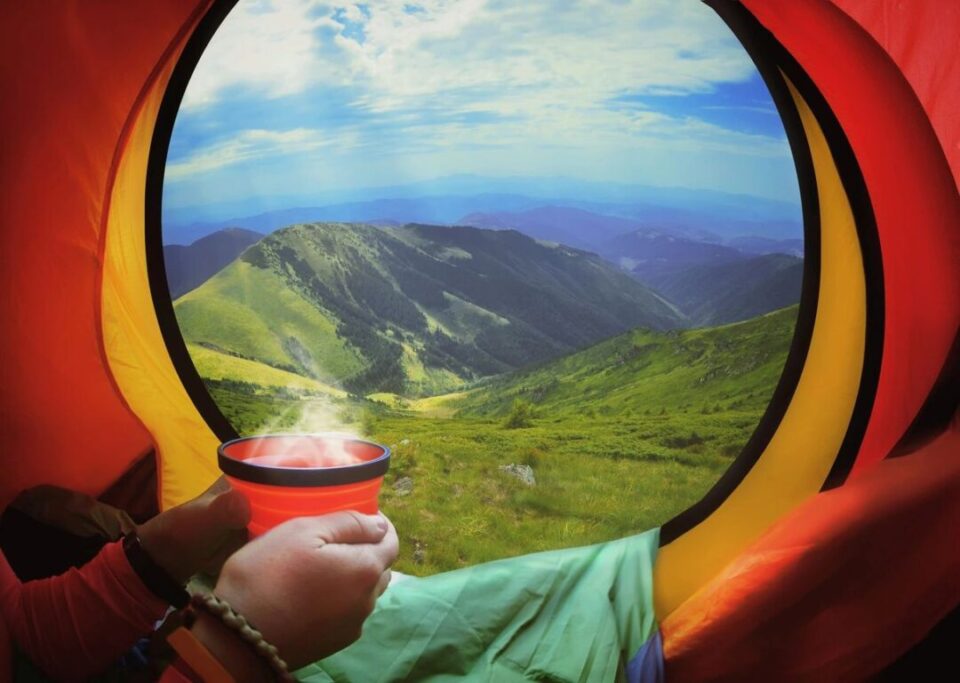 I felt like my soul was weeping every-time I parked my car in the government agency’s parking lot where I worked.  As I started the long and arduous daily journey to my desk, I could feel a heaviness set in all over my body. I’d badge in every morning which-I’d actually liked when I first started working there 11 years ago.  It was exciting to finally have a full-time job after being a stay at home mom for so many years. It felt so special to get a badge and cross through the security gates every day. I felt like I’d arrived. And that emotion stayed with me for a while, but a lot had changed in the past four years and as of late I felt like I was entering the gates of hell.  That may seem a bit dramatic, but I really was miserable and badly in need of some career soul searching.

As I passed through the security gates, my feet felt like led as I trudged along the windowed hallway to my desk.  I wearily glanced down at the government green carpet spattered with a few other bright-dull colors. I followed the government green cubicles that lined the hallway. I noticed the slightly white walls and the other people who walked along unhurriedly to wherever they were going and, who I assumed, felt as dismal as I did.

My life and the domino effect

It seemed like a domino effect had started in my life and the dominos kept falling and slamming noisily one by one on a never ending  table.

I got the “diagnosis” that I had breast cancer in March, 2016 – about four years ago.  I had surgery and went through four rounds of chemo. I believed I was on my way to recovery as I anxiously looked forward more energy and new hair growth.

Then, in July of 2017, we found out my mom had stage IV lung cancer. Not only was I filled with fear for my mother’s health, I was still reeling from my own diagnosis.  Over the course of nine long and grueling months my mom got worse, then better, then worse, then worse until… she passed away, clinging tightly to my finger as I stood by her hospital bed.

My dad passed away 15 difficult months later.  He was in failing health and for the most part was depressed by the loss of his wife of almost 65 years. As a matter of fact, we were all in a state of despair.

During this time, several other people I knew met an untimely death, my youngest sister disowned everyone in the family and, as I said, the dominos thundered on, their deathly clacking deafening my ears and numbing my senses.

I still carried on at work

I went to work throughout most of this – except the days I was caring for my parents, arranging a funeral, attending a funeral or staving off the monstrous insults hurled at us (seven siblings) by our youngest sister. Work served as a survival technique to avoid dealing with all the grief and chaos in my personal life.

After a series of tragedies it takes awhile for the dust to settle, and although the pain of losing people you love never ends, as you pick up the remaining pieces you start to create a new type of normal.  I remember a line from the movie “Rabbit Hole”, with Nicole Kidman and Diane Wiest (as her mother). Nicole has just lost a young son in a car accident and Diane Wiest had lost a son to drug addiction years prior. Nicole, in the abyss of her grief, asks her mother how she has endured the death of her son.  Her mother replies: “At first it feels like you’re carrying a brick around all the time in your back pocket…and then you get used to the brick (that’s a paraphrase by the way).” I think that aptly describes how grief can feel.

So after I started “adjusting” to my bricks, I felt those heavy steps into work more and more intensely.  All I had to do was lift my head partially out of the sand, to realize my job was choking the life out of me…

I continually felt unappreciated. I hadn’t been promoted in four or five years which meant I hadn’t had a pay raise in about two years.  I was working way out of my “pay grade” as they say, and when a job opportunity came up in my area, that would have reignited the spark in me, with more money and more challenging work, my application packet was “rejected” due to an omission of a minuscule detail.  What it really meant was “we have someone else in mind for the job.” The person they selected was “nice” but very mediocre and apparently that’s what they wanted. They would have gotten exceptional with me, but that was a bit high for their standards.

My life changed that day. I was so humiliated. I wanted to explode angrily and express my feelings on the matter to more than a few managers.  It felt like they were avenging me because at times I have had the absolute gaul, the audacity to speak up about unfairness – like favoritism, withholding information, age discrimination and why won’t you promote me. The transparency they preached was about as clear as a piece of gray cement.

I had had it with the minuscule microsphere, stifling viewpoints, bosses bright shining faces bobbing up and down and asking us how our weekends were, with their fingers crossed behind their backs.  I was drained from the sheer boredom I felt with the work, exacerbated by the dim lights, all the government greenness that surrounded me, the tiny kitchen whose refrigerators were constantly filled with potluck leftovers, an allusion to a happy and fun place to work.  PLEASE!!! The dullness was drumming in my head everyday and all I could think of when I was there, was how many more hours did I have to endure that suffocating atmosphere.

I have to change

I decided I was no longer willing to accept myself as the version of a person who would settle into a world without curiosity, creativity, appreciation and growth.

I had a free ticket to see Tony Robbins that I wasn’t going to use, but after the “news” I called my Tony Robbins life coach and told her I was going to his “Unleash the Power” (UPW) event.

Working with my Tony Robbins coach and attending the “Unleash the Power” seminar started the wheels of change churning inside of me.  After the four day event, I felt exhilarated. I learned about honoring myself and living my life with purpose and passion. I changed my perspective on how I looked at challenges like lost job opportunities, loss of loved ones, fractured relationships, illness, divorce, age, missed opportunities and the list goes on. However, the most powerful lesson I got was “Life doesn’t happen TO you, it happens FOR you. It was then I started to realize that “my story, my life” has evolved in such a way so I can learn something from it.  It’s not to punish me because “I”m bad” or have bad luck, or because people don’t like me or think I’m not good enough or that other people get all the breaks. It was how the pottery” was molded and now it was up to me to continue to make an extraordinary piece of art out of my life. That would mean I’d have to learn to let go of my “victimhood.” It was going to be a challenge because it had been a lifelong friend (enemy I mean).

One month after the event, I put my notice in. I’d been a writer from the time I was born-popped out with a notebook and pencil in my hand 🙂 but over the years I basically ignored any type of career soul searching. So now, my focus is on becoming that extraordinary writer I’ve always wanted to be.

Starting something new is scary

Starting something new, and making such a huge transition can be scary and filled with uncertainty.  However, I love this perspective on writing, which I found in a book called “the making of a story” by Alice LaPlante: “Good creative writing is almost always conceived in doubt and is fueled by a desire to understand something that eludes understanding.”  So at least some of my uncertainty goes with the job. But I feel like this will be a journey where I not only get to help inspire others, but I can also learn a lot about myself.  I don’t mean to appear narcissistic, but I do believe writing will take me to emotional places I’ve never experienced in my life. I also fully expect to meet many other soul seekers along the way and I am thrilled!

On my next post I’ll continue this story career soul searching journey.  In the meantime, if you’ve had a similar journey, or would like to start one, leave a comment below or email me at: kathy@requiredtoinspire.com and let’s get a conversation going.